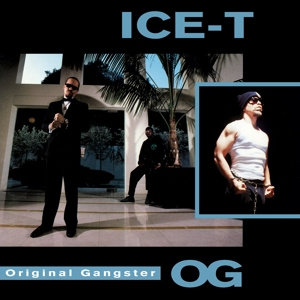 O.G. Original Gangster, Ice-T's 4th album, is probably Ice's best album as he continued his streak of classic albums that he started with Power. Ice reached his peak on here, as his lyrics and beat selection were the best they had ever been. Ice-T was a pioneering force for the west coast, especially in the ‘80s, as he was one of the first gangster rap artists. At his finest hour he connected his street language to subjects as violence, social structures, and the ghetto life. The refined flow of the beats marks this essential record and masterpiece. The album peaked at number 15 on the U.S. Billboard 200, and was featured in many Best Rap and Hip-Hop lists, as well as the book 1001 Albums You Must Hear Before You Die.