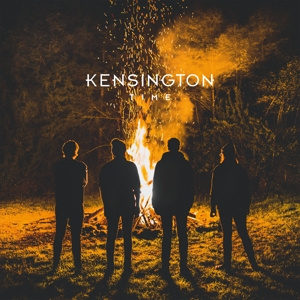 Time is the brand new album by the Dutch band Kensington. To record the album, the band retreated to Canada, so they were able to focus on what it's all about for them: the music. They wrote and worked on the material in Vancouver. From the period of looking back at what has happened so far in their career, Time emerged in the forests of Canada. For this album the band, consisting of singer and guitarist Eloi Youssef, guitarist and singer Casper Starreveld, bassist Jan Haker and drummer Niles Vandenberg, joined forces with producer Garth "GGGarth" Richardson (Rage Against The Machine, Biffy Clyro), mixer Andy Wallace (Nirvana, Foo Fighters) and mastering engineer Bob Ludwig (Queen, Radiohead, Daft Punk).

After a period of countless milestones, we thought it was time to return to the basics: making music. Together, in a log cabin deep in the forest in Canada," said Casper Sterreveld. Total seclusion, a different time zone and focussing on what was coming. Time has become a record we are very proud of, we feel we have made another big step in songwriting and sounds. The location certainly had an influence on the music: recording while the bears awoke from their hibernation, making long hikes along the Sunshine Coast for some extra inspiration, or watch the sun go down behind Vancouver Island. Where we previously needed the hectic pace of cities (Rome, Berlin), we have now deliberately gone into nature, so that we could more than ever before concentrate on making music.