VOLBEAT ROCK THE REBEL/METAL THE DEVIL 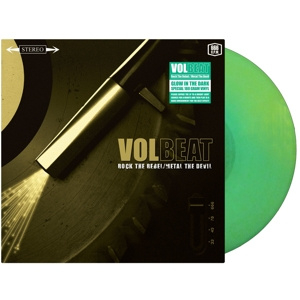 Rock The Rebel/Metal The Devil was first released by Mascot Records in 2007, hitting the #1 spot in the Danish album charts and has since gone four-times Platinum in their native country and Gold in Germany launching the band even further throughout Europe and the US. The song “The Garden’s Tale,” which featured Johan Olsen from Magtens Korridorer, was a #1 hit single, spending 18-weeks in the Danish charts. At the time they were nominated for the “Best Danish Act” at the MTV European Music Awards and had a non-stop year playing the mainstage at festivals such as Roskilde and Wacken Open Air as well as headlining the Metaldome Stage at Graspop and opening for Metallica in Arhaus, Denmark.