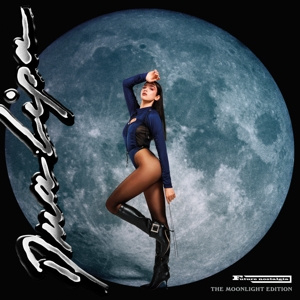 Dua releases a deluxe version of the Future Nostalgia album: ‘The Moonlight Edition’, a celebration of what can only be described as the album of a generation. It was the most streamed album in a day by a British female artist globally. Dua spent more weeks at the top of the album and radio chart than any other artist last year. The album is certified gold in Belgium. ‘We’re Good’ is the lead single from the deluxe album and both creatively and sonically pushes boundaries of what people expect from Dua.

The hit single ‘Fever’ with Angèle finished its opening week at #1 on the official national charts in Belgium. The 1st single to do so in its opening week since Adele in 2015. Fever has been #1 for 11 consecutive weeks.