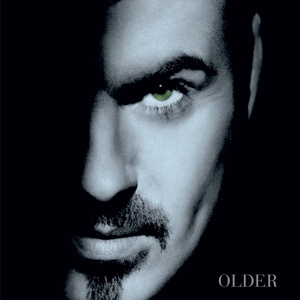 Originally released in the UK on 13 May 1996 through Virgin Records, ‘Older’, George Michael’s iconic album, reached the pinnacle of chart success, where it remained for three consecutive weeks, spending 35 weeks in the top 10 overall. The album produced six singles, two of which - ‘Fastlove’ and the haunting ‘Jesus To A Child’ - reached No.1, with the other four peaking in the top three. The album was a huge global commercial success, going 6x platinum in the UK, as well as verified platinum in another 22 countries – an achievement which is unparalleled to this day.

‘Older’ was George’s third album as a solo artist and would see him experimenting with new musical styles and expanding his artistic horizons. Hailed by critics as a triumph, it told the story of an extraordinary period in the life of the man who wrote, recorded and produced it, as he journeyed through one of the most turbulent periods of his professional and personal life. George channeled all his painful life experiences into one of the most personal, heart-felt albums he had ever written.

“I think I composed the best, most healing piece of music that I’ve written in my life with this album … Older is my greatest moment” – George Michael

About the 3LP+5CD Boxset (0194399020210): The beautiful box-set is a treasure for fans and includes ‘Older’, newly mastered from original tapes and pressed on 180gr. vinyl across 2LPs for superior audio quality with expanded artwork. The set also includes ‘Upper’ for the first time ever on vinyl, as well as ‘Older’ and ‘Upper’ on CD. Presented in a rigid double slipcase, this package contains 5 CDs and 3 LPs. Also included is a 12” x 12” 48-page book, The Story of Older, featuring a brand-new essay by Dan Davies recounting the stories behind the album with contributions from key people who helped make the record , plus rare and previously unseen photos. The set also includes 3 12” x 12” art prints of George.