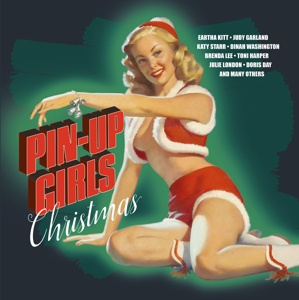 Opener "Santa Baby" is a song performed by American singer Eartha Kitt with Henri René and His Orchestra, written by composer Phillip Springer, originally released in 1953. Springer called it one of his weakest works. 1951 Was the year of “Frosty The Snowman” by Patti Page, an American (Country) singer, top-charting vocalist/actress and best-selling female artist of the 1950s and one of the “Most Wanted” Pin-Up girls. Another remarkable hit-single is Johnny Marks’ “Rockin’ Around The Christmas Tree,” (first) recorded by the only 13-year-old Brenda Lee, in 1958. Final track on the album is for the Howard Greenfield and Neil Sedaka song “Happy New Year Baby” by Jo Ann Campbell who occupies a special niche in rock & roll.