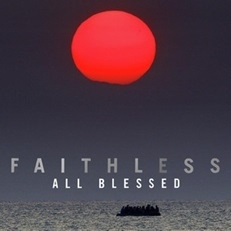 Iconic dance act Faithless are back with a new deluxe version of acclaimed album ‘All Blessed’ as a Vinyl 3LP and revised Digital Deluxe and including infectious new single ‘Everybody Everybody’.

‘All Blessed’, Faithless’s first studio LP in 10 years, was released on BMG and has won rave reviews from press and fans alike. Featuring in several Best Albums Of 2020 lists, ‘All Blessed’ charted at No.6 in the Official Album Chart, No.1 in the Dance Album Chart and No.1 in the Independent Album Chart.