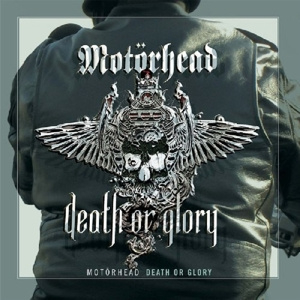 "..one of the best albums we ever did.." according to Lemmy in his autobiography White Line Fever. “Death Or Glory” is one of two studio albums with the short-lived Lemmy, Würzel, Zööm and Mikkey Dee lineup and was originally released in 1993 as “Bastards”, the eleventh Motörhead studio album. Despite this being the heaviest album the band had put out at the time, it somehow manages to contain two ballads, one kind of power ballad called "Lost In The Ozone", and then there's the almost entirely acoustic "Don't Let Daddy Kiss Me." On this album the band returned to their roots: rock n' roll with a punk and metal edge, just the way it should be. LOUD AND FAST!