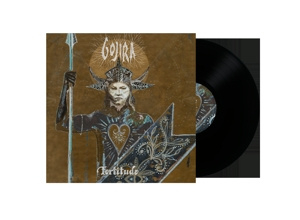 Gojira have announced their long-awaited new album, FORTITUDE, which will be released April 30th , The band has shared the forthcoming album’s first single, “Born For One Thing,” and accompanied by a Charles De Meyer directed official music video shot in France and Belgium. FORTITUDE stands out as Gojira’s first album in five years and the follow-up to 2016’s Grammy® nominated LP MAGMA.

Recorded and Produced by Joe Duplantier at Silver Cord Studio and mixed by Andy Wallace (Nirvana, Rage Against The Machine), FORTITUDE is a collection of songs urging humanity to imagine a new world—and then make it happen.